With the school zones becoming active intermittently, due to Covid-19, we thought it important to review the penalty for not stopping for a school bus.  Upon a conviction for failing to stop and remained stopped for a school bus loading and unloading children, the driver will lose driving pr...

Retaining an Attorney and Covid-19 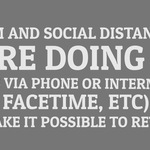 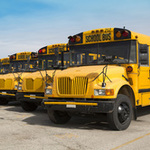 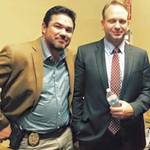 The jump to conclusion 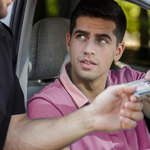 What is the bad driving used to justify a traffic stop

Inaccurate field testing causes innocent couple a two and a half jail stay.

"...they're unaware that they can even get a DUI for marijuana"

School Zones and the School Bus

If you're like me, you're spending a lot of time taking and picking children up from school. Slowing down and stopping isn't an issue. AND you've noticed cars speeding through school zones and passing stopped busses. The penalty? Speeding in a school zone: Large fine and court costs and two ...

Drive Sober or Get Pulled Over

High Alert Status Beginning this weekend through the first weekend in September, law enforcement will be on "heightened alert" for DUI. If you are pulled over and the interior of your car smells like an odor of an alcoholic beverage, plan on being asked to step out.... What should you do next???...

Although not illegal to have an odor of an alcoholic beverage on your breath, if it's detected, law enforcement will find a way to get you out your car to do roadside tests or a handheld breath test...Do you know how to react to avoid an arrest?

https://twitter.com/OkCountySheriffReminder:For Your Information: 1. Be respectful2. You can use your Right to Remain Silent3. You're not required to take the roadside tests (including the handheld breath) and it's very unlikely you'll do well on them if you try [I'm trained in them and don't do ...

The driver needs a good attorney. There are many factors at play. For example, was the medication at a level that caused impairment? How do we know? Is the investigating deputy trained in detecting drug vs. alcohol impairment vs. any number of other conditions? Perhaps this was an unfortunate acc...

The beer batter defense It was a valiant attempt. The driver had been eating beer battered fish and only scored a .06 on the breath test... definitely not over the limit or impaired. However, with multiple dui arrests in the past, he was under a driving restriction which permitted only a .02.Rea...

Information you obtain at this site is not, nor is it intended to be, legal advice. You should consult an attorney for advice regarding your individual situation. We invite you to contact us and welcome your calls, letters and electronic mail. Contacting us does not create an attorney-client relationship. Past results are not guaranteed. No results are guaranteed. Each case is unique. Copyright 2016 Alan R. Woodland, www.no4dui.com . All Rights Reserved. Headshots of Alan were taken by www.theshotphotography.com.